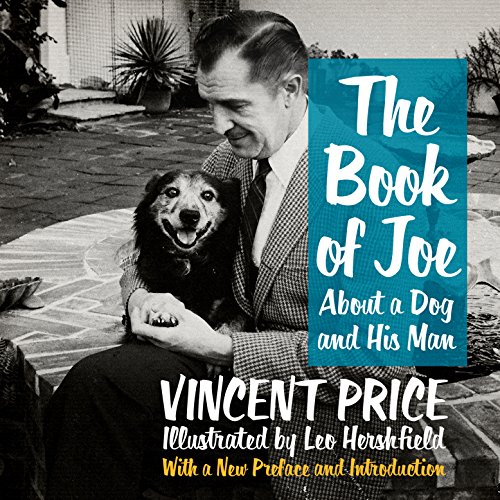 The Book of Joe

Actor Vincent Price won acclaim for his performances as a menacing villain in dozens of macabre horror films, such as House of Wax. Less well known, though, is Price's lifelong love of animals, especially his 14-year-old mutt, Joe. From his wife's passion for poodles to film set encounters with all types of creatures, including goats, apes, and camels, Price's life was full of furry, four-legged friends. But it was Joe who truly captured his heart. Intelligent, courageous, and devoted to his owner, Joe was a special dog with a personality all his own.

This touching and light-hearted memoir includes a new introduction by Bill Hader and a preface by Vincent Price's daughter, Victoria.

I definitely would! What a fun story about someone who is such a huge public figure sharing his life with a dog. I really enjoyed that Vincent's daughter was the narrator. It made the story more enjoyable.

What was one of the most memorable moments of The Book of Joe?

I really laughed at how Joe would go out and about in the neighborhood and he would be gone for so long that another family thought he was a stray and they decided he would be theirs and gave him a name, until Vincent found him and told that family who he really was! Funny!

Have you listened to any of Victoria Price’s other performances before? How does this one compare?

This is the first I have listed to by her.

I was fine either way.

What a nice treat to read an autobiography of a celebrity that is not all about the human, but more about the pet.

A wonderful look into one of my favorite people. Privileged to meet him on several occasions, this gave me a more rounded picture of Vincent.

Vincent Price’s unforeseen kind and lovely side is described so beautifully by his daughter Victoria. It presents a different side to the man who has scared so many. A gem.