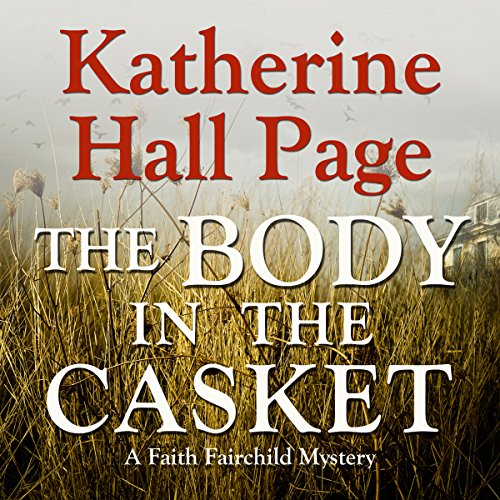 Even though resourceful caterer Faith Fairchild has called the sleepy Massachusetts village of Aleford home for most of her adult life, she isn't familiar with Havencrest, a privileged enclave, until the owner of Rowan House calls her about catering a weekend house party.

While discussing the lavish party he's planning for his 70th birthday, Max Dane - the legendary Broadway musical producer/director - makes a startling confession: "I didn't hire you for your cooking skills, fine as they may be, but for your sleuthing ability. You see, one of the guests wants to kill me."

Faith's only clue is an ominous birthday gift he received the week before - an empty casket sent anonymously containing a 20-year-old playbill from his last production, Heaven or Hell. Consequently, he has drawn his guest list for the party from its cast and crew, so Faith will have to keep one eye on the menu and the other on her host to prevent his birthday bash from becoming his final curtain.

Cosa pensano gli ascoltatori di The Body in the Casket

This series has lost its "oomph".

I have read all of the entries in this series and the last few have been lackluster at best. I don't know how old Katherine Hall Page is, but it feels as if she is tired of them and just wants to fulfill a contract. This one was just mediocre all around - there wasn't an interesting plot or interesting character in the whole thing. She should either work on beefing up Faith's life or let the series die a respectable death. If you like cozy mysteries, go back and read the early ones starting at the beginning. Believe me - if you read them in order you will know when to stop.

Marvellous addition to the series

Best book yet! Please keep them coming.
The narration in the audio book is wonderful.