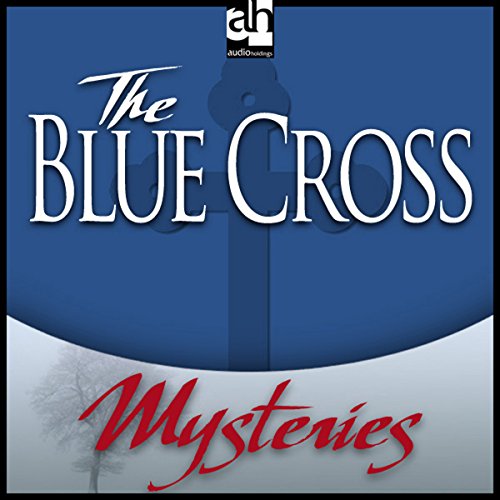 Aristide Valentin, head of the Paris Police, is on the trail of the ingenious criminal and master of disguise Flambeau. Valentin suspects that the Flambeau is going to London to attend a conference of clergymen to steal the precious religious articles on display there. While traveling to London, Valentin encounters a Catholic priest, and he overhears Father Brown tell a lady that he is carrying the "Blue Cross", a sterling silver cross covered in precious blue stones. Valentin warns Father Brown that it is dangerous to tell anyone that he is carrying an object of immense value. Valentin decides to tail Father Brown but loses him and there begins a desperate chase to avert a terrible crime.

In "The Blue Cross", G. K. Chesterton first introduces Father Brown, his famed fictional detective who moonlights as a Catholic priest (or vice versa). Unlike the other 50 detective stories in the Father Brown series, this plot follows the action of Valentin, head of the Paris police department, rather than the priest himself. There is, however, plenty of Father Brown's sagacity, reason, and psychological insight on display here.

James Arthur brings a classical English accent to this tale of cross-Channel intrigue. When the performance requires it, Arthur easily slips into a French accent or French prose itself, but for the most part his absorbing voice is staunchly British, worthy of a highly educated clergyman.