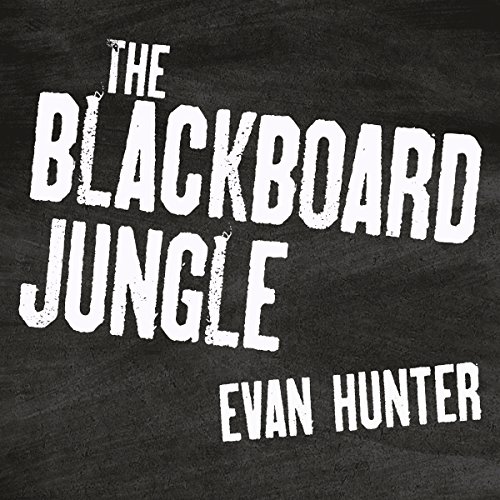 Written in 1954, this controversial story cracked down on the public school system and dramatized student violence as no other novel of its time did. Hunter used his own teaching experience to create protagonist Richard Dadier, who lands his first real job as an English teacher at North Manual Trades High School in New York City.

Dadier knows the students here will be tough, but nothing has prepared him for the world he enters. Hunter's popular and groundbreaking novel attracted much attention when it was first published, and it became a top best seller in 1955.

Set against the changing social culture of the 1950s, The Blackboard Jungle is a fascinating time capsule that brilliantly illuminates an issue still in the forefront of our minds.

A NOVEL FOR THE AGES

Blackboard Jungle transcends the ages, and should be a must read for teachers and students beginning at the high school level. This story is in one in which every student and teacher alike can personally identify in some respect, as it is virtually impossible not to take pause(s) throughout for some form of personal introspection. This applies to everyone, whether secondary school was attended decades ago or you are a student who is presently in the process of attempting to navigate the (often seemingly impossible) balance beam of high school peer pressure, academics, and outside influences/stressors.

This book is a classic!

Every aspiring teacher should read this book

I received a teaching degree in 1968, but I only taught one year before moving onto more lucrative employment. One comment from this book that I wholeheartedly agree with is that teacher colleges do NOT teach prospective teachers how to teach. Whatever I learned I learned from teachers I admired, talking to other teachers, or from my own research. I never watched the 1955 movie based on this book, but I think I'll check it out.