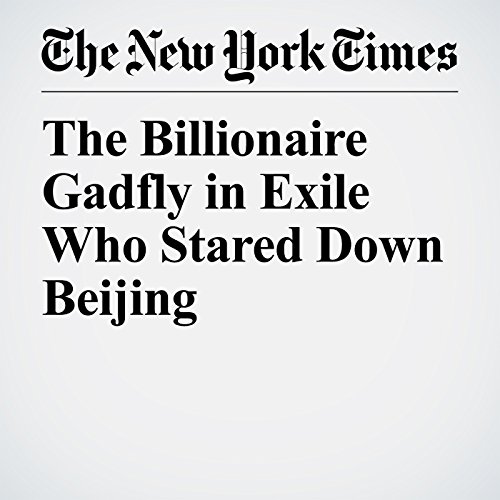 The biggest political story in China this year is not in Beijing. It isn’t even in China. It is centered at a $68 million apartment overlooking Central Park in Manhattan.

"The Billionaire Gadfly in Exile Who Stared Down Beijing" is from the May 30, 2017 World section of The New York Times. It was written by Michael Forsythe and Alexandra Stevenson and narrated by Kristi Burns.