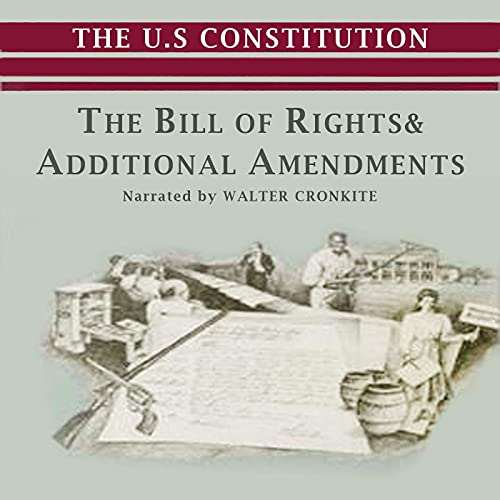 The Constitution of the United States created a nation with a strong centralized government. In 1791, the Constitution was adjusted to include 10 amendments, commonly referred to as the Bill of Rights. These were guarantees of individual liberty upon which critics of the Constitution had insisted.

Changing times raise changing questions. What of black rights, the right of former slaves to vote? And do women not share in that privilege? How many terms should a president serve? These and other issues were resolved through additional amendments to the Constitution. Throughout America's history, the Constitution has remained a living document. Here, each of the 26 amendments is presented in the unique historical context that gave it birth.

This was a great listen. Some of the accents were a bit difficult to understand but I learned many things about the origins, the founding, and the shaping of our all important US Constitution.
My biggest take away centered around how much debate there was over every word of the Constitution. Many of the debates and philosophies that exist today existed in a similar fashion hundreds of years ago. The big difference is that now our country has time tested this Great Experiment.
It makes me curious (and nervous) to see how the story will continue to play out for the next 100 to 200 years. I hope that our Constitution and law can continue to adapt to the challenges the future holds.

Brief and to the point

It's a good reading and provides details of individual contributions to the amendments to the constitution as well as historical influences.