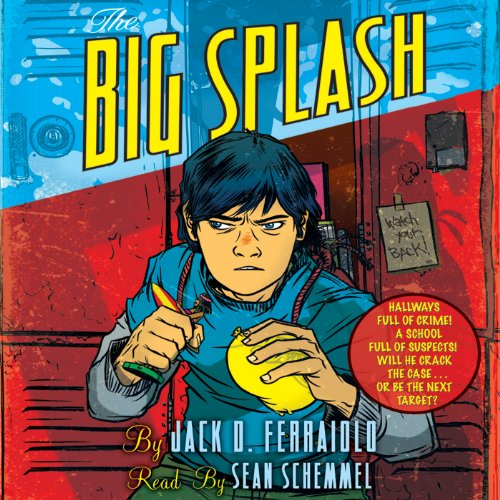 Matt Stevens is as tough as a steak from the school cafeteria. He's a seventh grade private eye, and he just did something he said he's never do. He accepted a job from Vincent "Vinny Biggs" Biggio, the kid behind every illegal deal made at Franklin Middle School, from black market candy to forged hall passes.

You see, life at the Frank is tough. Get on the wrong side of Vinny Biggs and you'll find yourself in the Outs, the least popular "club" in school. How do you get there? Water (or any other liquid) strategically splattered below your belt for maximum humiliation.

What Nicole Finnegan, a.k.a Nikki Fingers, the most feared squirt-gun assassin at the Frank, is put in the Outs, Matt feels partially to blame and is determined to find the trigger kid. Problem is, Nikki has more enemies than a snitch during a final exam. Every kid in school is a suspect, including Kevin Carling, Matt's former best friend and the current right-hand man to Vinny Biggs. Matt had better watch his back, and especially his front, as he tackles a case with more twists than a candy addict on a swivel chair.

My son loved this

My son really enjoyed this book and is looking forward to hearing the sequel. The narrator does a pretty nice job as well. The whole thing has a middle school mafia vibe to it. Cute.