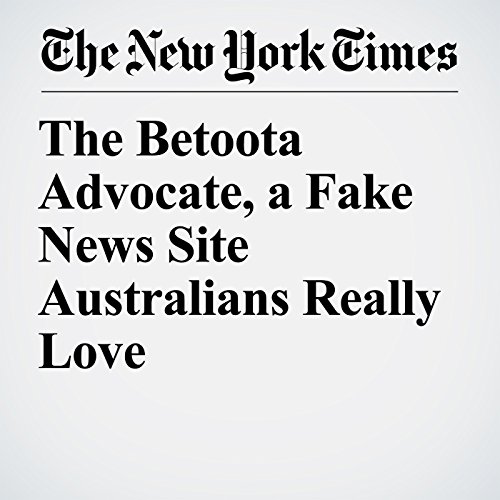 The theme was fake news, and the crowd of young Australians at a pub in Sydney was eager to hear more. At the front of the room, two of Australia’s most popular (fake) reporters grilled a panel of (real) journalists from some of the country’s most established news outlets.

"The Betoota Advocate, a Fake News Site Australians Really Love" is from the December 26, 2017 World section of The New York Times. It was written by Isabella Kwai and narrated by Keith Sellon-Wright.