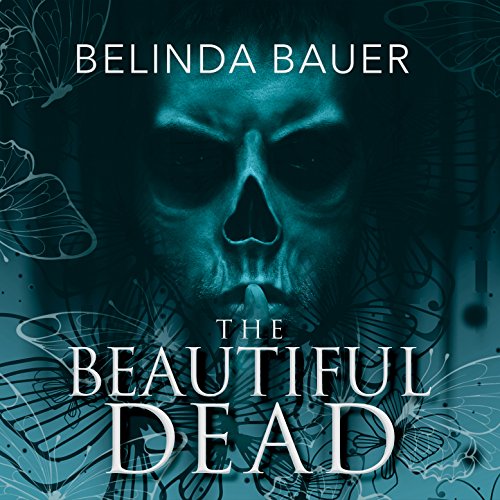 Crime reporter Eve Singer's career is on the downward slope when a spate of bizarre murders - each carefully orchestrated and advertised like performance art - begin in her territory. Covering these very public crimes revives her byline, and when the killer contacts Eve to discuss her coverage of his crimes, she is suddenly on the inside of the biggest murder investigation of the decade. But as the killer becomes increasingly obsessed with her, Eve realizes there's a thin line between inside information and becoming an accomplice to murder - possibly her own. A seamlessly-plotted thriller that will keep listeners breathless until the very end, The Beautiful Dead cements Belinda Bauer's reputation as a master of heart-stopping suspense.

I was boring. Not even good background noise. Waste of time trying it out. Returned.

The story is ok but the narration (by Andrew wincot, best known as Adam Macy in the Archers) is remarkably dreadful. He overacts hammily throughout, and the heroine’s lines are rendered in a peculiar hoarse and breathy whisper. I will certainly avoid this narrator completely from now on.

I love Belinda Bauer’s books. A real shame about the narrator. He is just as bad on the archers! Constantly reading with his actor voice.
Still worth a listen

Really enjoyed this story, couldn't​stop listening, really wanted to know the outcome, can't wait for the next book :-)

This was a good story, beautifully told, though a little too much swearing at times, to make it easy to listen to for me ( graphic violence too, for those with a sensitive stomach!). The characters were well drawn & I realise that the swearing was to set the scene, but I feel it was a little overdone. Having said that, the twists and turns, as well as the wry humour, and the brilliant ending, made this overall, an enjoyable read.

Ruined by the narrator

I love Belinda Bauer's books but the narration ruined this for me. I just could not get through it. Overly and continuously dramatic, even on the most mundane.

As a journalist fights to get the story on the serial killer her home life is complicated by her father's dementia. And she then is in the sights of the killer.

Excellent story but I sometimes found the dementia scenes hard to listen to as they were so sad.