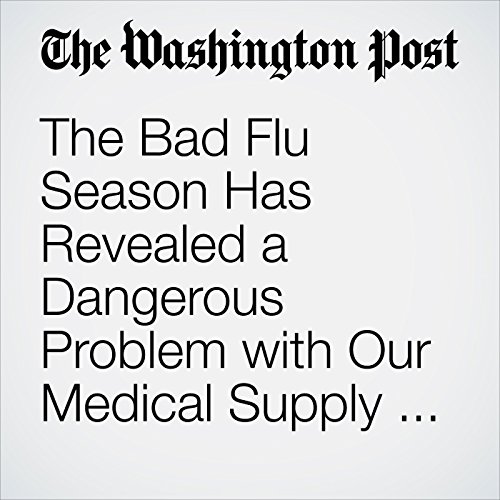 Flu season in the United States typically peaks in February, but this year’s outbreak is already one of the worst on record. As of Jan. 6, 20 children have died of influenza, and overall mortality caused by the flu is already double that of last year’s.

"The Bad Flu Season Has Revealed a Dangerous Problem with Our Medical Supply Chain" is from the January 21, 2018 National section of The Washington Post. It was written by Morten Wendelbo and Christine Crudo Blackburn and narrated by Sam Scholl.