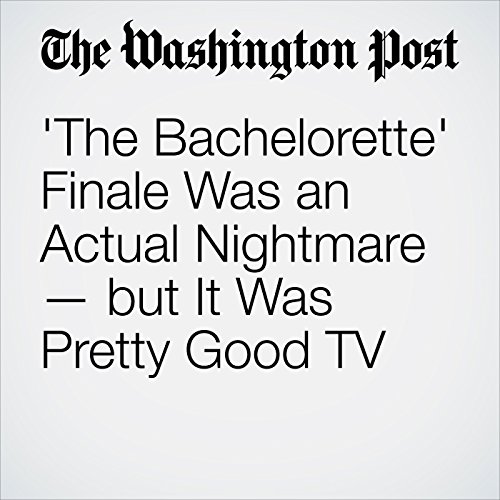 The good news: “The Bachelorette” finale — in which the star, Rachel Lindsay, got engaged to Bryan Abasolo — was not boring. In fact, the three-hour episode on Monday night was pretty good TV. Well done, ABC!

"'The Bachelorette' Finale Was an Actual Nightmare — but It Was Pretty Good TV" is from the August 08, 2017 Arts and Entertainment section of The Washington Post. It was written by Emily Yahr and narrated by Sam Scholl.