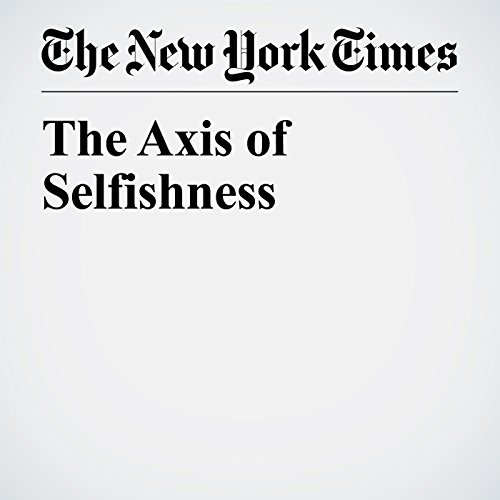 This week, two of Donald Trump’s top advisers, H.R. McMaster and Gary Cohn, wrote the following passage in The Wall Street Journal: “The president embarked on his first foreign trip with a cleareyed outlook that the world is not a ‘global community’ but an arena where nations, nongovernmental actors and businesses engage and compete for advantage.”

"The Axis of Selfishness" is from the June 01, 2017 Opinion section of The New York Times. It was written by David Brooks and narrated by Kristi Burns.