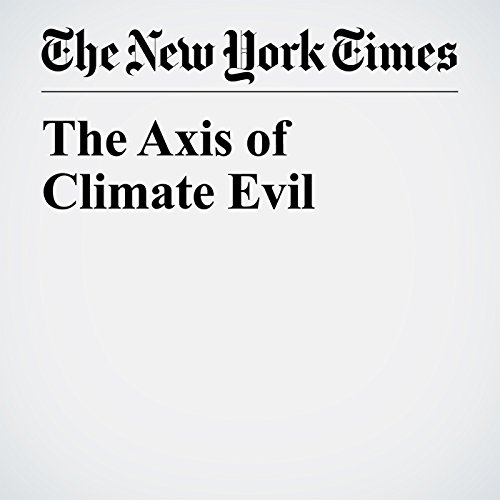 “It’s Not Your Imagination: Summers Are Getting Hotter.” So read a recent headline in The Times, highlighting a decade-by-decade statistical analysis by climate expert James Hansen. “Most summers,” the analysis concluded, “are now either hot or extremely hot compared with the mid-20th century.”

"The Axis of Climate Evil" is from the August 10, 2017 Opinion section of The New York Times. It was written by Paul Krugman and narrated by Mike DelGaudio.