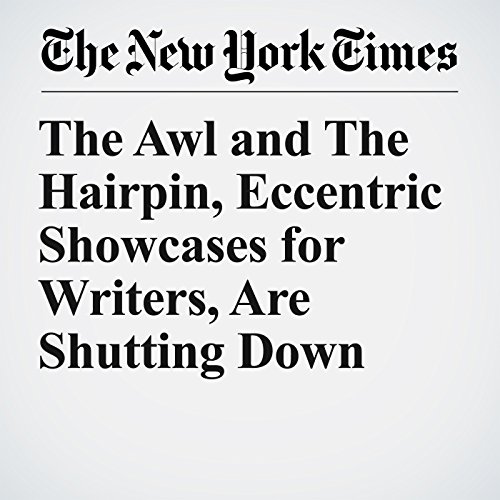 For almost a decade, The Awl implored the world to “Be Less Stupid.” There was a “great big internet” out there, the editors cautioned. And by writing intelligently about offbeat topics — from a locket meant to hold “mad money” to a deeply unsatisfying West Elm couch called “the Peggy” — The Awl and its sister sites did their best to live up to the motto.

"The Awl and The Hairpin, Eccentric Showcases for Writers, Are Shutting Down" is from the January 17, 2018 Business section of The New York Times. It was written by Matt Stevens and narrated by Keith Sellon-Wright.

Cosa pensano gli ascoltatori di The Awl and The Hairpin, Eccentric Showcases for Writers, Are Shutting Down