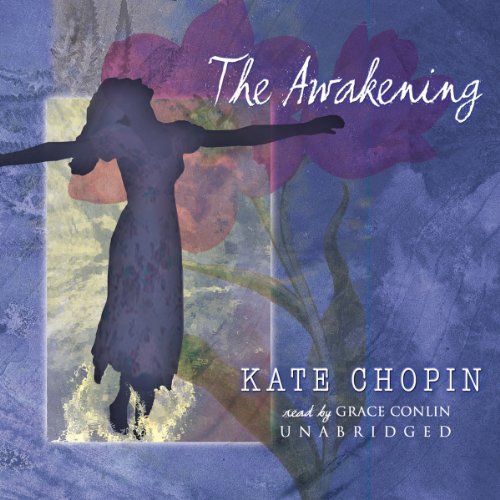 Although originally published in 1899, this book's leading character, Edna Pontellier, could be mistaken for a modern day liberated woman. In the summer of her 28th year, as she watched numerous mothers on a beach, she vowed to honor the deep yearnings within herself that she sensed were unfulfilled by marriage and motherhood. She abandoned her conventional role in life and made for herself a controversial and ultimately destructive life.
(P)1994 by Blackstone Audiobooks

I must say this book when read is far more moving than when listened to on this robotic audiobook.

This work is nothing less than succulently powerful. Chopin sucked me right in, and I felt it all with Edna. I'm left, several days after finishing it, still thinking about the story. Potent stuff.

This book appears on a list of the 100 greatest books which is why I read it. I certainly can't figure out why it has been selected. It is boring, empty and supercilious. The author is certainly a good writer and maybe she portrays an anomaly of the times -- an independent woman. But Ibsen does it so much better. I would recommend not wasting one's time on this one. There are far better books out there -- try The Mill on the Floss, for instance.

I love this book. The story moves fast, and keeps you in wondering agony to find out what is going to happen. The reader is ok. I make sure this book is always on my ipod, so I always have a good book to listen to.