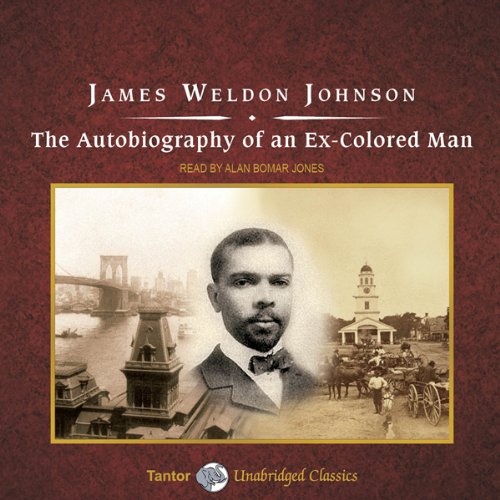 James Weldon Johnson's emotionally gripping novel is a landmark in black literary history and, more than eighty years after its original anonymous publication, a classic of American fiction. The first fictional memoir ever written by a black, The Autobiography of an Ex-Colored Man influenced a generation of writers during the Harlem Renaissance and served as eloquent inspiration for Zora Neale Hurston, Ralph Ellison, and Richard Wright. In the 1920s and since, it has also given white readers a startling new perspective on their own culture, revealing to many the double standard of racial identity imposed on black Americans.

Narrated by a mulatto man whose light skin allows him to "pass" for white, the novel describes a pilgrimage through America's color lines at the turn of the century - from a black college in Jacksonville to an elite New York nightclub, from the rural South to the white suburbs of the Northeast. This is a powerful, unsentimental examination of race in America, a hymn to the anguish of forging an identity in a nation obsessed with color.

Liked it very much

Once you get used to the narrator's tempo, the novel is no longer boring. I loved the story. Very good audiobook!