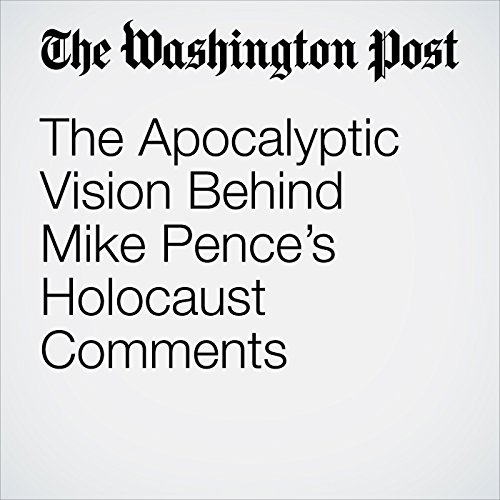 On Jan. 27, Holocaust Remembrance Day, Vice President Pence tweeted, from his official account, a message honoring “the 6 million Jewish martyrs of the Holocaust who 3 years after walking beneath the shadow of death, rose up from the ashes to resurrect themselves to reclaim a Jewish future.”

"The Apocalyptic Vision Behind Mike Pence’s Holocaust Comments" is from the February 01, 2018 Opinion section of The Washington Post. It was written by Sonja Drimmer and Casey Quinn and narrated by Sam Scholl.