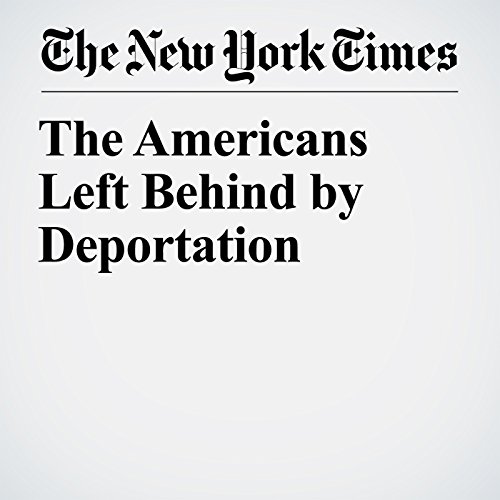 In the fall, I traveled to rural Ohio to meet with the children of a man who had been recently deported to Mexico, even though he was considered a model citizen by his neighbors and had no criminal record beyond driving without a license. I had seen video footage of his three young boys and little girl saying goodbye to him at the airport. They looked like orphaned bear cubs, wandering around aimlessly in the terminal, their faces frozen in fear.

"The Americans Left Behind by Deportation" is from the February 28, 2018 Opinion section of The New York Times. It was written by Karla Cornejo Villavicencio and narrated by Kristi Burns.