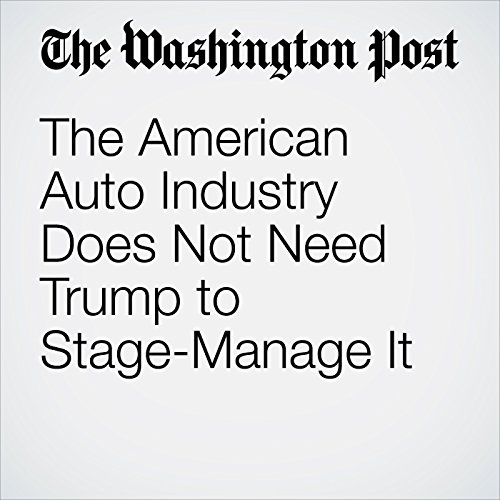 Ford announced Tuesday that it will not be building a planned $1.6 billion small-car plant in Mexico, which Trump had condemned as a betrayal of U.S. workers. Explaining the capitulation on CNBC, Ford chief executive Mark Fields acknowledged his duty to shareholders, but added, “We have to make sure, at the same time, that we have good relations with the various governments that are in power.”

"The American Auto Industry Does Not Need Trump to Stage-Manage It" is from the January 04, 2016 Opinions section of The Washington Post. It was written by Charles Lane and narrated by Jenny Hoops.