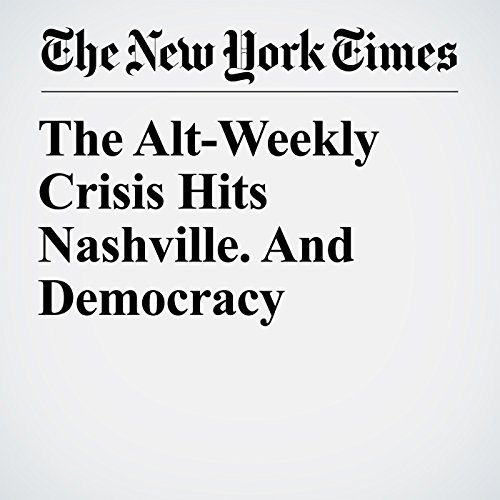 No one was shocked last week when SouthComm Inc., a Nashville-based media company, announced it was selling The Nashville Scene, its flagship alternative newsweekly. SouthComm had already sold or was in the process of selling its newspapers in Atlanta, Cincinnati, Kansas City, Tampa and Washington. And alt-weeklies around the country have been declining for years.

"The Alt-Weekly Crisis Hits Nashville. And Democracy" is from the February 05, 2018 Opinion section of The New York Times. It was written by Margaret Renkl and narrated by Kristi Burns.