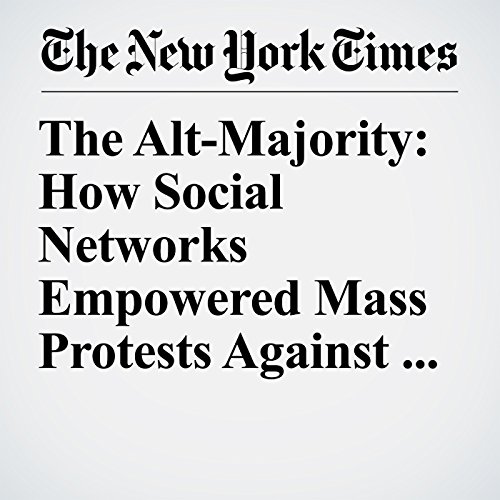 Over two weekends, the protests have accomplished something just about unprecedented in the nearly two years since Trump first declared his White House run: They have nudged him from the media spotlight he depends on. They are the only force we’ve seen that has been capable of untangling his singular hold on the media ecosystem.

"The Alt-Majority: How Social Networks Empowered Mass Protests Against Trump" is from the January 30, 2017 Tech section of The New York Times. It was written by Farhad Manjoo and narrated by Caroline Miller.