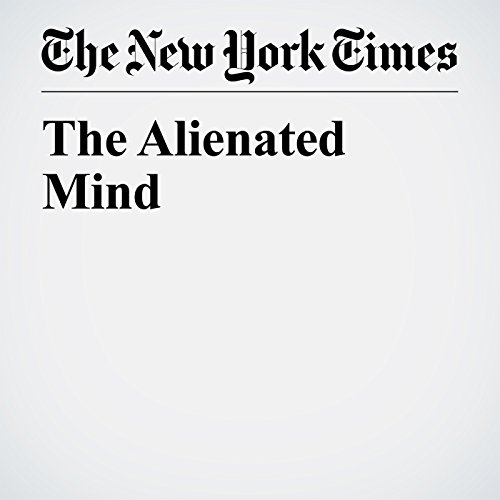 The campaign of 2016 was an education in the deep problems facing the country. Angry voters made a few things abundantly clear: that modern democratic capitalism is not working for them; that basic institutions like the family and communities are falling apart; that we have a college educated elite that has found ingenious ways to make everybody else feel invisible, that has managed to transfer wealth upward to itself, that crashes the hammer of political correctness down on anybody who does not have faculty lounge views.

"The Alienated Mind" is from the May 22, 2017 Opinion section of The New York Times. It was written by David Brooks and narrated by Kristi Burns.