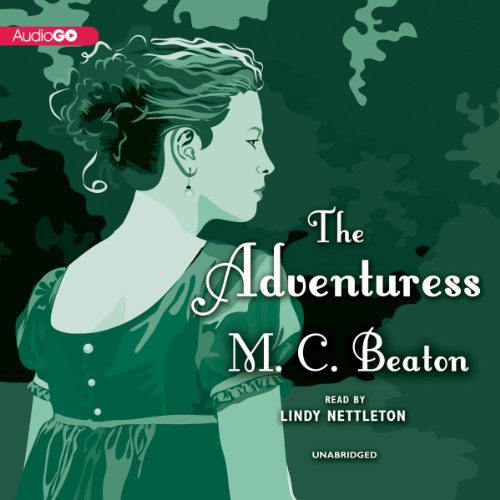 Followers of the series will notice in this volume some personality changes in the odd assortment of retainers who keep the infamous house at 67 Clarges Street, in London’s Mayfair, at the ready for whatever entrepreneur will rent it as a launching pad into the London social season. This time the renters are an unlikely couple, the Goodenoughs, apparently father and daughter; she a great beauty, he silent and mysterious. Their secrets eventually become known to the downstairs troupe, but the indomitable butler Rainberd rallies the support forces. When Emily Goodenough’s social gaffes and earthy winsomeness capture the ton’s most eligible bachelor, another successful season at the house comes to a close.

I loved this book and recomend it to all MC Beaton fans. I have purchased all her books and I am going on line to purchase the last book in this series so that I can listen to them one after another when my sister comes to stay.

A little more controversy in this story, but the ensemble comes together ❤ and everything turns out 👌 I will definitely be continuing this series.

This reminds me of the poor relations series. Full of well drawn, eccentric characters. Lots of chuckles and smiles.

In general, I really like reading Marion Chesney/MC Beaton, but this series has been exceptionally enjoyable. I’m looking forward to reading the final book in the series next, and hope it wraps up happily for all the characters. I’ll be sorry to see it end!

Almost better than the Poor Relations. I love this writer, and am listening to their entire body of work