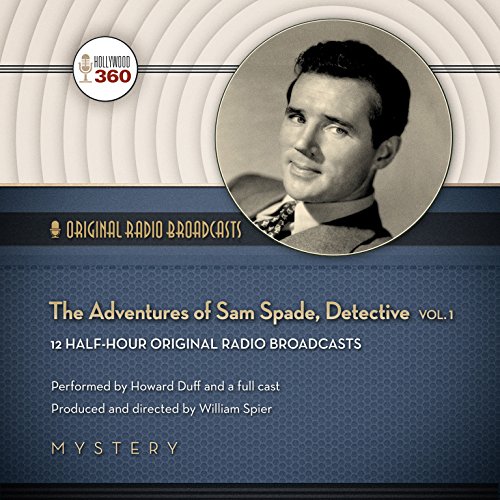 Dashiell Hammett created the character Sam Spade for his crime story The Maltese Falcon. Spade was a hard-boiled detective with cold detachment, a keen eye for detail, and an unflinching determination to exact his own justice. For most people, Spade is most closely associated with actor Humphrey Bogart, who played him in the third and most famous film version of The Maltese Falcon. In 1946 one of radio's top producers, William Spier, brought Sam Spade to the airwaves in a radio show starring newcomer Howard Duff, who took a considerably more tongue-in-cheek approach to the character. Duff remained Spade until 1951.