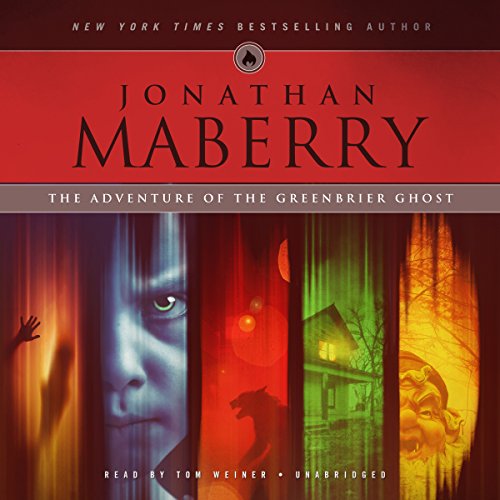 Starring Sherlock Holmes, this tale is based on a real-life ghost story from West Virginia. The basis of the story comes from a court case in the 19th century in which the testimony of a ghost was entered into evidence, leading to the conviction of a murderer. Jonathan Maberry has thrown Holmes and Watson into the mix for added punch.

This story was originally published in the collection Tales from the Fire Zone.

The story was an interesting one but unfortunately I wasted a credit as it was already in another 1 of the compilations I used 1 of my credits for.

A Holmes and Watson mystery!

The Adventure of the Greenbrier Ghost
By: Jonathan Maberry
Narrated by: Tom Weiner
I didn't know this was a Sherlock & Watson book until it started. I also loved the cover. This has Holmes and Watson in the US and responding to a call of help from a ghost. A mother lost a daughter and the woman swears that the young woman's ghost come to her and tells her what happened, how she died. That the brutal husband killed her. Since Watson and Holmes neither believe in ghosts but they take the job of finding her killer anyway. Everyone thinks she just fell down the stairs.
Great shorter book and who doesn't love Holmes and Watson!