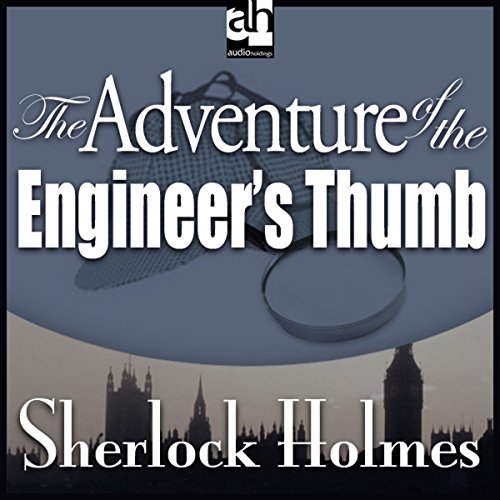 The Adventure of the Engineer's Thumb: Sherlock Holmes

"The Adventure of the Engineer's Thumb" (1892) was one of the 12 short stories that made up Arthur Conan Doyle's first collection, The Adventures of Sherlock Holmes. The plot involves a mysterious machine and its murderous operator, who hires an engineer to make repairs at the expense of the engineer's thumb.

Edward Raleigh, one of the aliases of "Golden Voice" performer David Case, performs the story. Raleigh narrated over 700 books before his death in 2005, and he once declared, "I really believe I was born to record audiobooks". Both Raleigh's superior talent and his passion are strikingly evident in the Sherlock Holmes series, wherein each Victorian voice comes rhythmically and ecstatically to life.