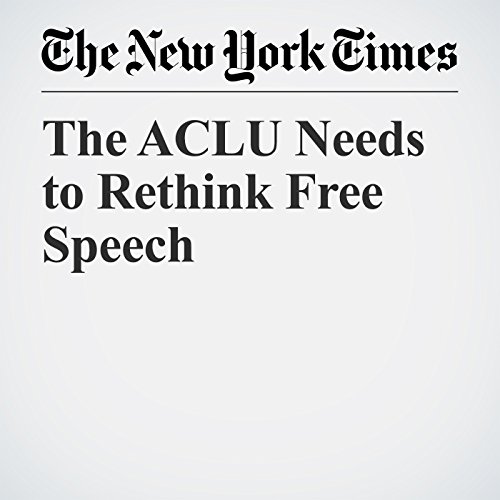 The American Civil Liberties Union has a long history of defending the First Amendment rights of groups on both the far left and the far right. This commitment led the organization to successfully sue the city of Charlottesville, Virginia, last week on behalf of a white supremacist rally organizer. The rally ended with a Nazi sympathizer plowing his car into a crowd, killing a counterprotester and injuring many.

"The ACLU Needs to Rethink Free Speech" is from the August 16, 2017 Opinion section of The New York Times. It was written by K-Sue Park and narrated by Kristi Burns.