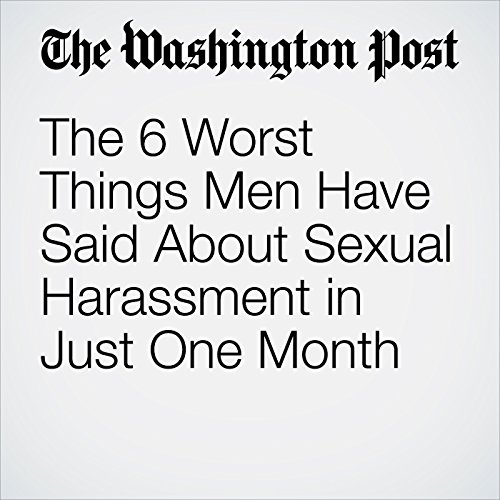 Since the New York Times and the New Yorker published blockbuster accounts of the widespread sexual assault and sexual harassment allegations against movie producer Harvey Weinstein, a wave of similar revelations have broken across the media and entertainment industries. These searing conversations have been painful to witness, but they also feel like the potential beginning of a highly necessary and long-overdue housecleaning that may strip a generation of abusers of their power.

"The 6 Worst Things Men Have Said About Sexual Harassment in Just One Month" is from the October 30, 2017 Opinion section of The Washington Post. It was written by Alyssa Rosenberg and narrated by Sam Scholl.