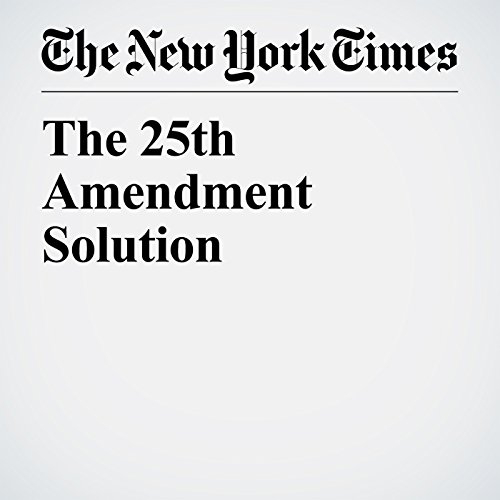 It was just three days and a lifetime ago that I wrote a column about Donald Trump’s unfitness for the presidency that affected a world-weary tone. Nothing about this White House’s chaos was surprising given the style of Trump’s campaign, I argued. None of the breaking scandals necessarily suggested high crimes as opposed to simple omni-incompetence. And given that Republicans made their peace with Trump’s unfitness many months ago, it seemed pointless to expect their leaders to move against him unless something far, far worse came out.

"The 25th Amendment Solution" is from the May 16, 2017 Opinion section of The New York Times. It was written by Ross Douthat and narrated by Kristi Burns.