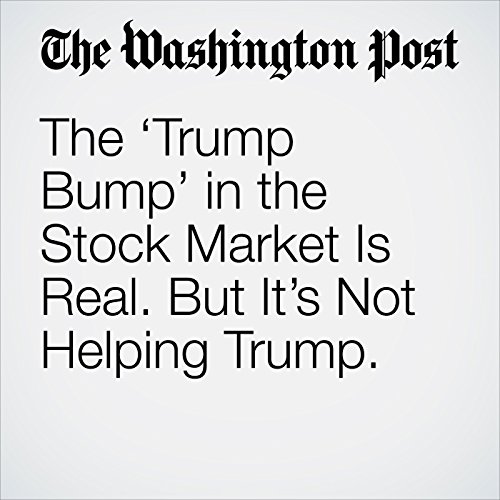 On Nov. 9, 2016, economist Paul Krugman wrote in the New York Times: “It really does now look like President Donald J. Trump, and markets are plunging. . . . If the question is when markets might recover, a first-pass answer is never.” Krugman’s gloomy prognosis was likely shared by millions of Americans who didn’t vote for Trump. But his prediction ended up being quite wrong.

"The ‘Trump Bump’ in the Stock Market Is Real. But It’s Not Helping Trump." is from the January 09, 2018 National section of The Washington Post. It was written by Harold Clarke, Marianne Stewart, and Paul Whiteley and narrated by Sam Scholl.

Cosa pensano gli ascoltatori di The ‘Trump Bump’ in the Stock Market Is Real. But It’s Not Helping Trump.