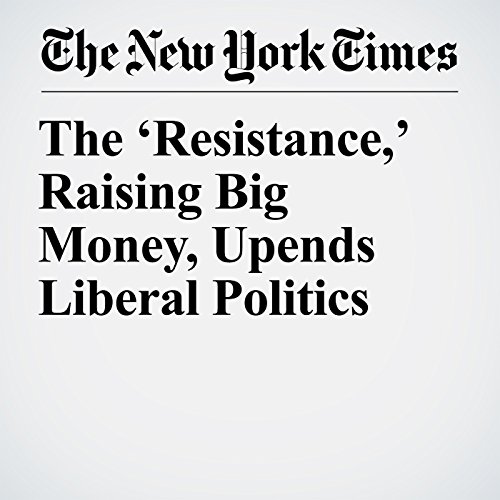 It started as a scrappy grass-roots protest movement against President Donald Trump, but now the resistance is attracting six- and seven-figure checks from major liberal donors, posing an insurgent challenge to some of the left’s most venerable institutions — and the Democratic Party itself.

"The ‘Resistance,’ Raising Big Money, Upends Liberal Politics" is from the October 07, 2017 Politics section of The New York Times. It was written by Kenneth P. Vogel and narrated by Keith Sellon-Wright.