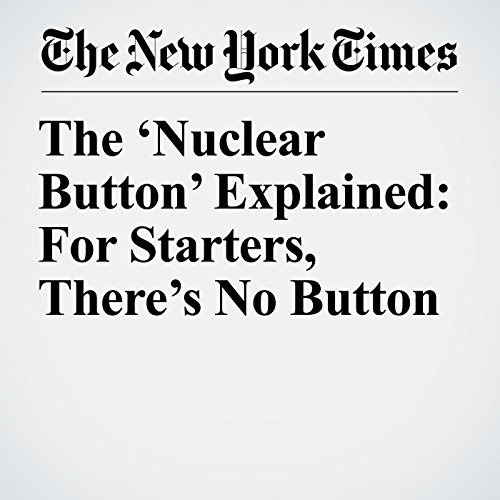 The image of a leader with a finger on a button — a trigger capable of launching a world-ending strike — has for decades symbolized the speed with which a nuclear weapon could be launched, and the unchecked power of the person doing the pushing.

"The ‘Nuclear Button’ Explained: For Starters, There’s No Button" is from the January 03, 2018 World section of The New York Times. It was written by Russell Goldman and narrated by Keith Sellon-Wright.