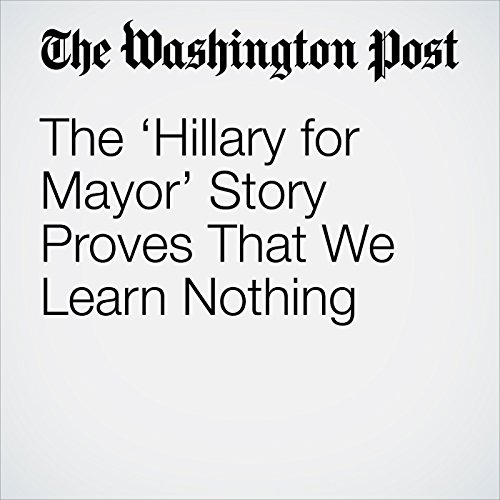 The bigger problem is that the return of Clinton fan fiction, so soon, seems impossibly cruel. I'd bet that no one has been told as many times that she should be president, and has not become president, as Hillary Clinton. Few, if any, have tried for the job and learned, in the media, that they never should have tried, because — oops — they were terrible at running for it.

"The ‘Hillary for Mayor’ Story Proves That We Learn Nothing" is from the January 06, 2017 Politics section of The Washington Post. It was written by David Weigel and narrated by Jill Melancon.