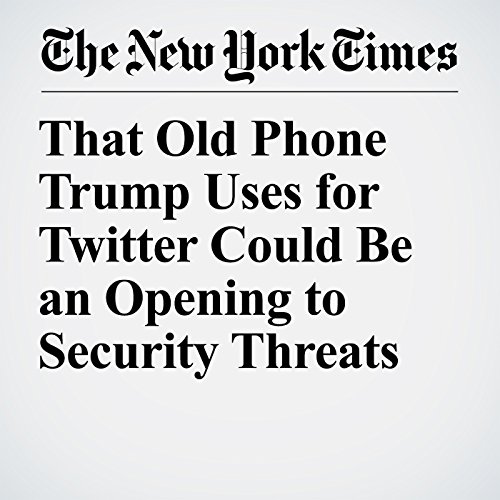 The president’s use of an unsecured personal device raises concerns that his desire to use his old smartphone could be exposing him and the nation to security threats.

"That Old Phone Trump Uses for Twitter Could Be an Opening to Security Threats" is from the January 25, 2017 Business section of The New York Times. It was written by Cecilia Kang and narrated by Keith Sellon-Wright.