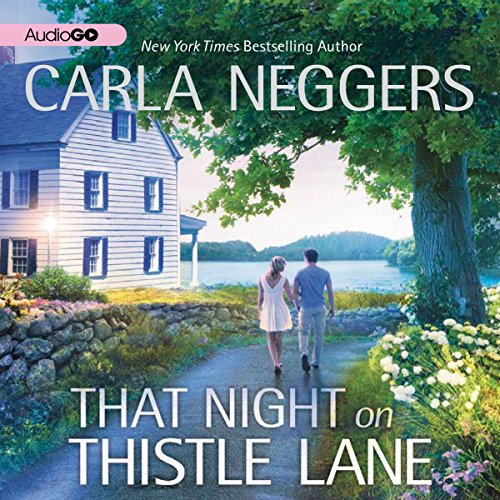 Librarian Phoebe O'Dunn deals in stories, but her passion for history has taught her that happy endings are rare. Her life in Knights Bridge, Massachusetts, is safe and uneventful...until she discovers the hidden room. Among its secrets is a cache of vintage clothing, including a spectacular gown - perfect for a gala masquerade in Boston.

In the guise of a princess, Phoebe is captivated by a handsome swashbuckler who's also adopted a more daring persona. Noah Kendrick's wealth has made him wary, especially of women: Everybody wants something. When Noah and Phoebe meet again in Knights Bridge, at first neither recognizes the other. And neither one is sure they can trust the magic of the night they shared - until an unexpected threat prompts them to unmask their truest selves. After all, it takes more than just the right costume to live out your personal fairy tale. It takes heart...and the courage to be more than you ever dreamed.

I kept waiting for something interesting to happen in this story but it never did. Quick synopsis: Couple meet each other at a costume ball, instant attraction, lose each other at ball, no idea of each other's name or face as they were wearing masks. Both turn up in the same small town, eventually realize they were the people from the ball. Then nothing; lots of talk about tomatoes, basil, and goats. There is a sub story of the main characters sisters troubled marriage, and about some clothes found in the attic of the library. (who could have possibly made these clothes) That's the extent of this story; resolving who made the clothes in the attic, the eventual getting together of the main characters, and the sister and her husband talking it out. BORING!! No action, no real dialogue between the main characters.
I would not waste a credit, just buy it if you want a sweet insipid story. This must have been one of her first stories written.

The narrator is very good, she was the only thing positive about this book.

Okay, she didn't want to go the masquerade ball, but she did, and a dance with swashbuckling swordsman was a fairy tale come true. Just like all great fairytales, they loose each other, without knowing the others name. He hadn't wanted to go to the ball, but once he laid eyes on her, swept her into his arms for a dance, he was entranced. Then he caught sight of his stalker, and in his pursuit of him, he.lost her. But, although no glass slippers were involved, he was going to chase her down. You really need to read the author's rendition of this tale. I believe that you will enjoy the read. Alternatively you could listen to the audiobook, like I did, it was an entertaining experience.

This is a second book in a series, which I did not know when I purchased it. It works, however, as a stand-alone book. The story was engaging, as it deals with mystery and romance. Phoebe finds some old dresses in a forgotten room in the town library and loans them to her sister and friend for a charity masked ball. She decides at the last minute to use one of the dresses and attend the ball herself. There she meets a mysterious masked swashbuckler and sparks ensue. This story is fairly typical and not a strain on the brain cells. It's good, but not great.

A story in search of a plot

What would have made That Night on Thistle Lane better?

Would you ever listen to anything by Carla Neggers again?

Never. I enjoy reading books set in places that I have lived, so I gave this series a try. Fool me twice, shame on me.

Who would you have cast as narrator instead of Susan Boyce?

Narrator was terrible. One might give the excuse that she had very little to work with, but in both this book and the first book, The Lost Summer, the narrator mixed up the names of the female characters and used the wrong female character name in at least one scene in each book! The narrator was probably so bored she was not following the story either.

If you could play editor, what scene or scenes would you have cut from That Night on Thistle Lane?

If I could play book editor, I would fire the intern that worked on this book. Unless this was done as an editorial project by someone still in training I have no idea how a real editor could let the wholesale recollection of scenes from the author's other book dominate this one. The editor needs to go back to school.If I could play audio editor I would consume massive amounts of caffeine and stay awake long enough to hear the narrator mess up the names.

If the review program would allow no stars for the story, that's what I would have rated it.

This was a cute book and an easy listen. It isn't a book that I loved, and I doubt I would listen to it again, but it was OK.