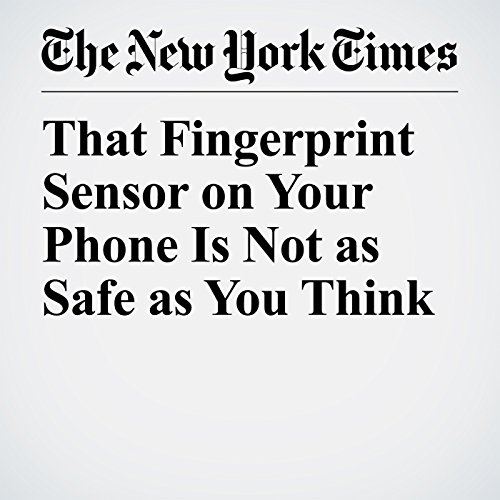 New findings published by researchers at New York University and Michigan State University suggest that smartphones can easily be fooled by fake fingerprints digitally composed of many common features found in human prints.

"That Fingerprint Sensor on Your Phone Is Not as Safe as You Think" is from the April 11, 2017 Business section of The New York Times. It was written by Vindu Goel and narrated by Caroline Miller.