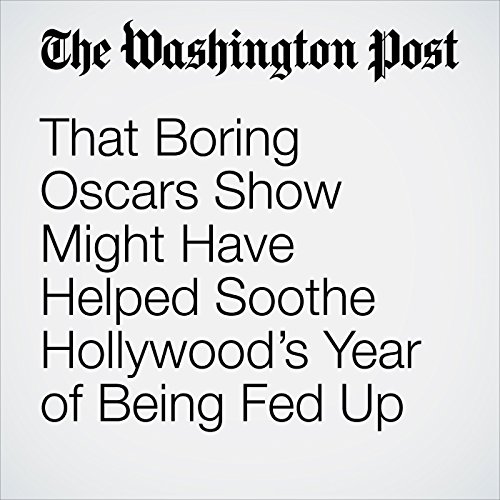 "That Boring Oscars Show Might Have Helped Soothe Hollywood’s Year of Being Fed Up" is from the March 05, 2018 Entertainment section of The Washington Post. It was written by Hank Stuever and narrated by Sam Scholl.