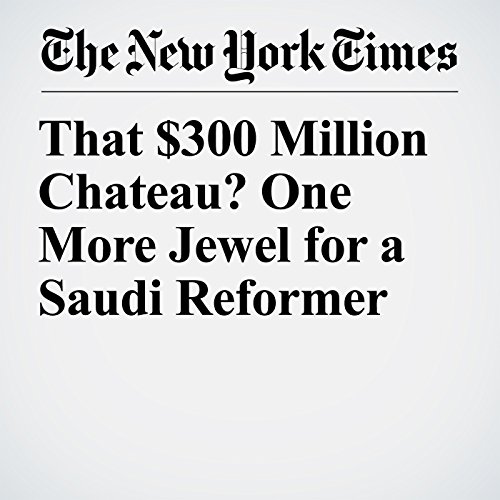 When the Chateau Louis XIV sold for over $300 million two years ago, Fortune magazine called it “the world’s most expensive home,” and Town & Country swooned over its gold-leafed fountain, marble statues and hedged labyrinth set in a 57-acre landscaped park. But for all the lavish details, one fact was missing: the identity of the buyer.

"That $300 Million Chateau? One More Jewel for a Saudi Reformer" is from the December 16, 2017 World section of The New York Times. It was written by Nicholas Kulish and Michael Forsythe and narrated by Keith Sellon-Wright.