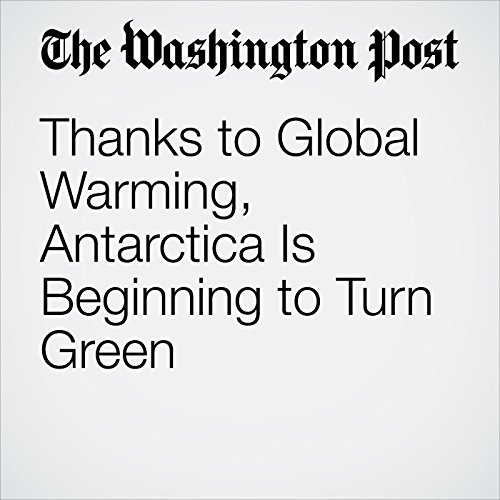 Researchers in Antarctica have discovered rapidly growing banks of mosses on the ice continent’s northern peninsula, providing striking evidence of climate change in the coldest and most remote parts of the planet.

"Thanks to Global Warming, Antarctica Is Beginning to Turn Green" is from the May 19, 2017 Energy and Environment section of The Washington Post. It was written by Chris Mooney and narrated by Jill Melancon.