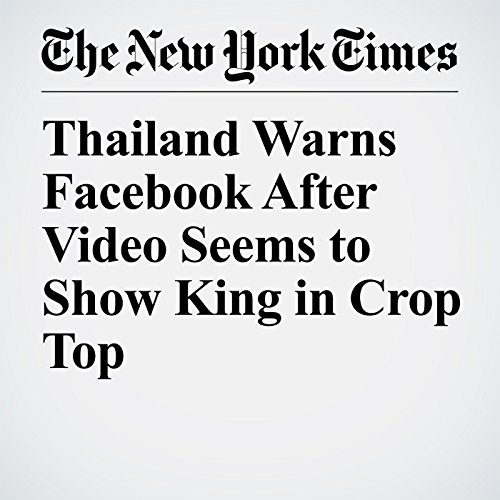 Facebook came under increasing pressure from Thailand’s government on Tuesday to remove dozens of pages from its servers, a few weeks after a video that appears to show the country’s new king walking through a shopping mall in a crop top was widely shared on the site.

"Thailand Warns Facebook After Video Seems to Show King in Crop Top" is from the May 16, 2017 World section of The New York Times. It was written by Mike Ives and Paul Mozur and narrated by Keith Sellon-Wright.