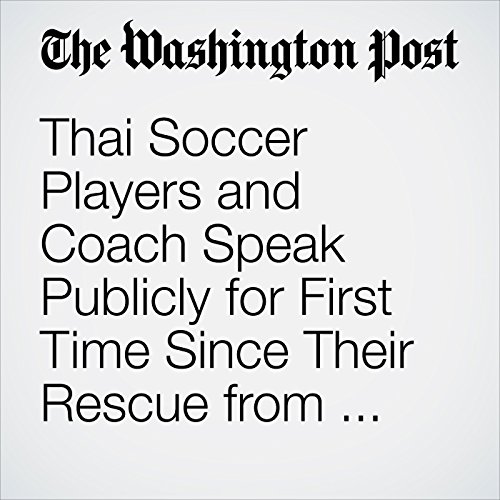 CHIANG RAI, Thailand — With a routine of digging, water breaks and meditation, a group of young Thai soccer players and their coach stayed alive while trapped in a flooded cave without any food for nine days before they were found by two British divers.

"Thai Soccer Players and Coach Speak Publicly for First Time Since Their Rescue from Flooded Cave" is from the July 18, 2018 World section of The Washington Post. It was written by Panaporn Wutwanich and Shibani Mahtani and narrated by Sam Scholl.