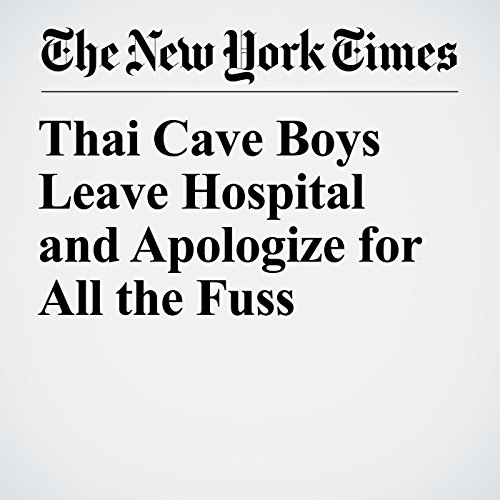 BANGKOK — Before they were discovered trapped in a flooded cave in northern Thailand, the 12 members of the Wild Boars youth soccer team and their coach drained much of their energy trying to dig their way out. Using stones to carve a large hole, they scraped at the chamber’s ceiling, even as they became emaciated from a lack of food.

"Thai Cave Boys Leave Hospital and Apologize for All the Fuss" is from the July 18, 2018 World section of The New York Times. It was written by Hannah Beech and Muktita Suhartono and narrated by Keith Sellon-Wright.