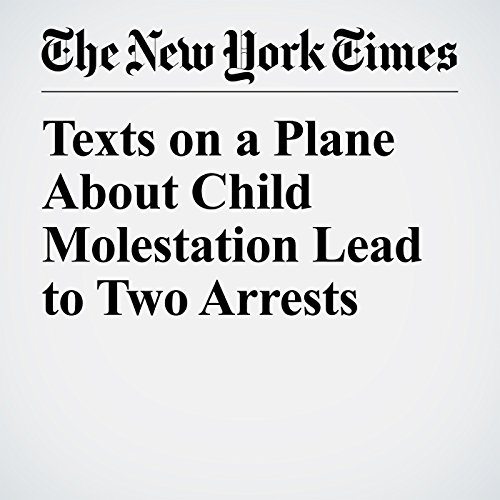 On a flight from Seattle to San Jose, California, on Monday, a woman caught a glimpse of some text messages that alarmed her.

"Texts on a Plane About Child Molestation Lead to Two Arrests" is from the August 05, 2017 U.S. section of The New York Times. It was written by Jacey Fortin and narrated by Kristi Burns.