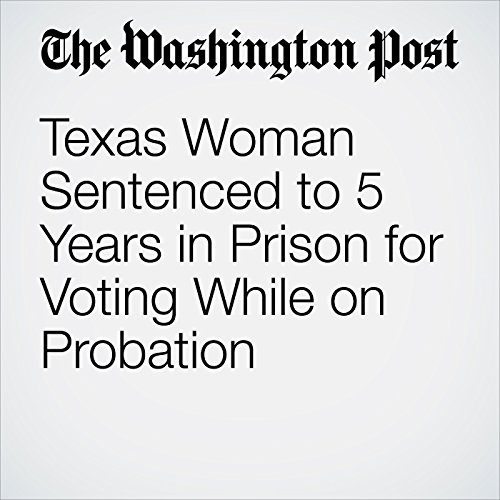 If she had known it was illegal, Crystal Mason said she would have never cast a vote in the 2016 presidential election.

"Texas Woman Sentenced to 5 Years in Prison for Voting While on Probation" is from the March 30, 2018 National section of The Washington Post. It was written by Meagan Flynn and narrated by Jenny Hoops.