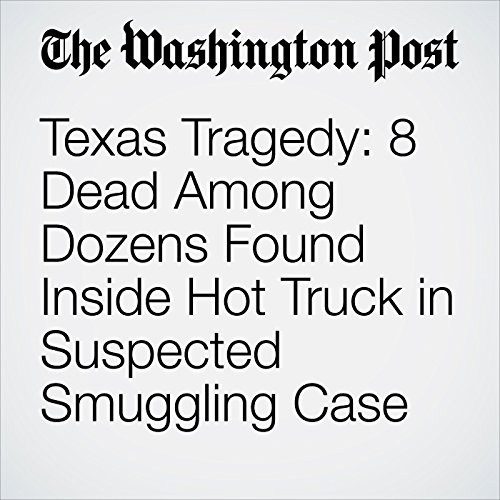 Outside a Walmart in San Antonio on Saturday night, authorities said, they discovered a sweltering tractor-trailer with dozens of people inside — eight of them dead and many more expected to have brain damage from the heat.

"Texas Tragedy: 8 Dead Among Dozens Found Inside Hot Truck in Suspected Smuggling Case" is from the July 23, 2017 Post Nation section of The Washington Post. It was written by Avi Selk and narrated by Sam Scholl.