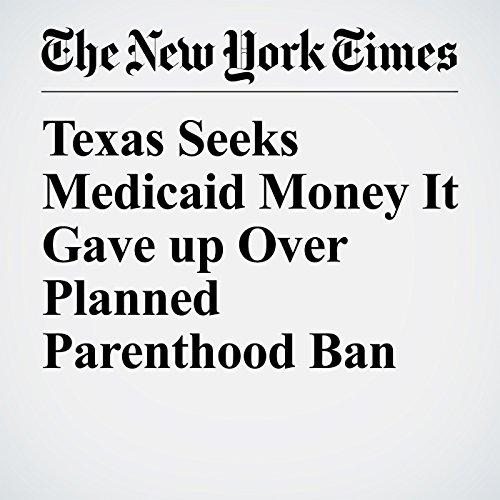 Four years after Texas gave up millions of dollars in federal Medicaid funds so it could ban Planned Parenthood from participating in a family planning program for low-income women, the state is asking the Trump administration for the money back.

"Texas Seeks Medicaid Money It Gave up Over Planned Parenthood Ban" is from the May 15, 2017 U.S. section of The New York Times. It was written by Abby Goodnough and narrated by Keith Sellon-Wright.