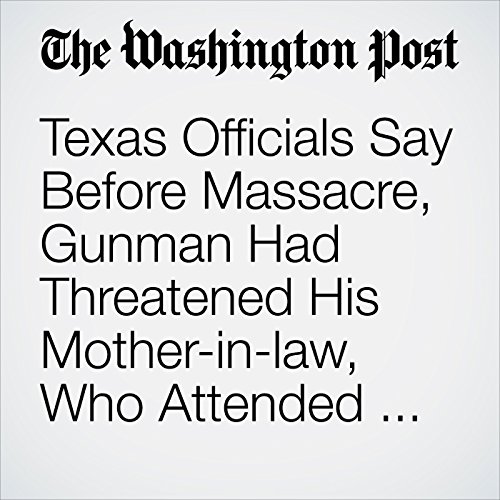 The massacre here that killed more than two dozen people — the youngest of them just 18 months old — occurred amid an ongoing “domestic situation” involving the gunman and his relatives, at least one of whom had attended the church, law enforcement officials said Monday.

"‘Evil Has Invaded Sanctuary’: Texas Massacre Likely The Worst Church Shooting In U.S. History" is from the November 06, 2017 National section of The Washington Post. It was written by Eva Ruth Moravec and Mark Berman and narrated by Sam Scholl.