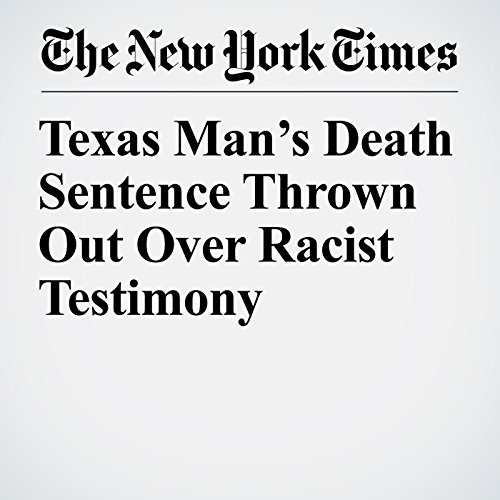 Duane E. Buck barged into his girlfriend’s Texas home after she broke up with him and killed her and a friend. Later that morning in July 1995, he fired a rifle at his stepsister, who survived because the bullet just missed her heart.

"Texas Man’s Death Sentence Thrown Out Over Racist Testimony" is from the October 04, 2017 U.S. section of The New York Times. It was written by Matthew Haag and narrated by Keith Sellon-Wright.