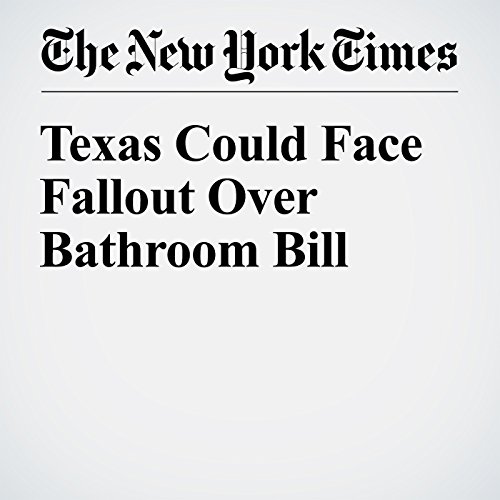 When Texas officials unveiled a bill Thursday that would require people to use some bathrooms corresponding with their genders at birth, it drew unavoidable comparisons to the similar law passed last year in North Carolina.

"Texas Could Face Fallout Over Bathroom Bill" is from the January 05, 2017 U.S. section of The New York Times. It was written by Marc Tracy and narrated by Corey M. Snow.