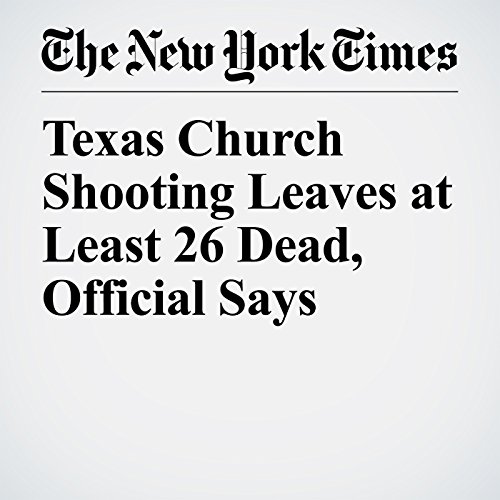 A gunman clad in all black, with a ballistic vest strapped to his chest and a military-style rifle in his hands, opened fire on parishioners at a Sunday service at a small Baptist church in rural Texas, killing at least 26 people and turning this tiny town east of San Antonio into the scene of the country’s newest mass horror.

"Texas Church Shooting Leaves at Least 26 Dead, Official Says" is from the November 06, 2017 U.S. section of The New York Times. It was written by David Montgomery, Christopher Mele and Manny Fernandez and narrated by Keith Sellon-Wright.